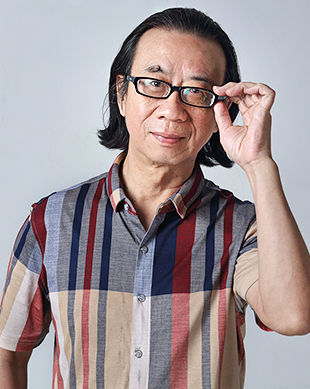 Currently he is member of Chinese artists association, and national level artist, he is deputy director of art works appraisal committee of art service center of ministry of culture，and he is executive vice president of national china and foreign exchange calligraphy and painting academy, and director of Beijing southeast gallery, and art director of Beijing Dongfeng art district.

He was born in Fuzhou city of Fujian province in 1948, Zhejiang Wenling native.

He graduated from Fujian arts normal university in 1976.

He studied the master course of Chinese traditional painting art history in central academy of fine arts, from 1986 to 1987.

He was hired as a professor of Qingdao university faculty of arts in 2001.

He is the open recruitment professional painter for Jiangsu province Chinese painting academy in 2005.

In 2012, He was hired as appointed painter in the central committee of the communist party of China, he is known as “Jiangnan King tiger”, and “National painting tiger player”, and won “Lifetime achievement award for Chinese art model”.