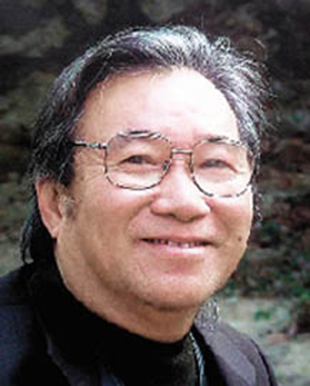 He is Director of Chinese Artists Association, President of Fujian Artists Association and National Class A Artist and an expert who is granted special subsidy by State Council. He is also an art advisor of Xiamen Zhang Xiong Academy of Painting and Calligraphy.

His works are often published in national and provincial newspapers and journals and exhibited in domestic and abroad. In 1979, his gouache Flower won award in Fujian and collected in China Art Museum when National Art Exhibition was over. His works have been selected for CAA-hosted national exhibitions for 17 times. He has also held solo exhibitions for four times at home and abroad. His artwork used to be collected by China Art Museum, Chinese exhibition companies, Cultural Center of the Philippines, Governor-General of Macao Vasco Vieira and Chief Executive of Hong Kong Tung Chee Hwa.

He also used to be invited to the U.S., Canada, Peru, Singapore, Philippines, Japan, Hong Kong and Macao to hold exhibitions.

He advocates to study traditional techniques of Chinese painting which can be sourced back to Song and Yuan dynasties, base on nature and absorb the advantages of all categories of painting, integrating modern thinking.